last one to get the joke is a rotten egg. so the KJ blog was actually created by KSM. not my fault, I never got the memo. I don't think it'd be a bad idea if Kent came out of the little bitty commetns boxes and rip it rightly. I also think detergent is an interesting word.
Posted by Simple Theories at 1:58 PM 1 comment: 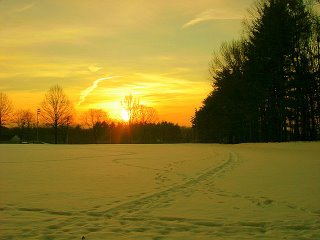 Posted by Simple Theories at 7:40 AM No comments:

what does Ron Silliman generally charge for renting out his blog?
Posted by Simple Theories at 6:03 PM No comments:

Kent Johnson, agent provocateur to the stars, has his own blog. he's out of the comments box! which seems a shift competent of some angle that I aint quite got grasp of. sure, there's Blogger = Google = in bed with China: for shame, Kent! and reification, oh my god!!! truly there's wtf on all sides. time to get bagged.
Posted by Simple Theories at 7:23 AM No comments:

maybe I'm easily amused, but here's a list of 700 hobo names, read by John Hodgman with guitar accompaniment.
Posted by Simple Theories at 11:22 AM No comments:

I finished both the Lethem and the Dick, which, somehow, is a phrase I've always wanted to write. I'm a Lethem expert now, of course, what with this novel (Fortress of Solitude, his short collection of essays, and that other novel I don't remember well (hi, I'm Harold Bloom!). FOS is very autobiographical. I glean this from his essays. it seems like he put the whole ding dong in, which is profligate. it's a vast pile of material with which he works, I mean comix and music scene and writing and growing up Brooklyn, and he shunted it all into one novel. I don't think he let the novel find itself, he kept steering it into these personal salients. 'keenly obsreved' is a phrase I am sure entered blurbs if not reviews of this book, and it is. but it's a clutter of expiations. it kinda drones on, sorry. there's an offstage fantasticness in which Dylan and Mingus (catchy names) become (alternately) a superhero named Aeroman, and can fly. this is handled low key, which is disappointing. the plot remains plangent in its directive toward novel ending. I write about this here because I discern an artistic attitude. I mean heck, Lethem credits Yaddo in the back of the book. which is to say, it was written on the conveyor belt. the mainstream in novels will take just about anything (unlike in poetry), any flipping of techniques and style, but the dead end is at the call of the next one. you get your Yaddo imperative, write up a storm, package it and send it off as job lot. it's not the writer community paradise I'm writing against, it's how the visit there becomes a hack into machinery. Lethem erred, 1st, in revealing his trick (in his essays), but too in shooting his wad. seems like he went thorough on all the close issues, crisply dealing with them. now what, and plenty so. at Yaddo or the like he can talk technique and theory and all the bells ringing to get the conversion down. his life, that is. by the end, Mingus' story was like Buddenbrooks (mucho depressing), Dylan's is wistrful whiny, and the hammer come down. it was all mapped out precise and Lethem rode it. you're probably not getting me here, but I see a large issue. as full and honest as the book is, I think Lethem dodged something. the plot was that rumbling noise you hear, getting closer and then, splat, it lands as a lump. urgent call to V Woolf. please.

as to Philip K Dick, gee, I wanna read more. I read A Scanner Darkly. there was only one other Dick novel available at my library, I have it in my possession now. ASD aint a great novel, nor great scifi (not the same thing), but I like his progression. he was a hack, no doubt avaricious and all that, but something pushed him into areas, I think. the book is a bunch of vignette's within a drug scene. most of the dialogue is stoner talk, ambling and odd. the plot doesn't really give much away. I like pointlessness in fiction. it's always a let down when you grok what the write's up to. Lethem assisted Dick's executor, was quite involved with Dick's work. FOS betrays little of the inspired influence of Dick. inspired as in keep the typewriter hot with your typing as you weird out. don't block the story's progress by thinking about it. let the characters make their own decisions. etc. I have no idea if this was a representaive Dick novel. it wasn't great, but I regard its tensile strength greater han FOS.
Posted by Simple Theories at 6:48 PM 1 comment:

we saw Firewall last night. it was Erin's night so he and his friend chose. of the films available at the time, only this and Pink Panther were likely, and the boys weren't to be sucked in by PP. remember when Steve Martin seemed edgey? now he's doing remakes. Firewall drew a good crowd. wait, 1st the trailers. well, there's Da Vinci Code (as in Da Vinci Code Rulz!!!). I haven't read the book. I get the idea from the trailer that DVC is of the Exorcist school. hyper something, at any rate. Tom Hanks is a god!!! another movie seems to be about the end of Maya or Aztec culture, looked pretty vivid. I don't remember what other movies are coming, the explosions in my head distracted me. so Firewall, a Harrison Ford vehicle. I got nothing against Ford. he's looking a little wore out but not seedy (j'ever see Tony Curtis in latter years?). the plot's got him as dad to 2 great kids, hubby to the awesomest wife, living in San Simeon by the Puget Sound surrounded by the glow of money. he developes banking systems, so you know the excitement level will never abate. the plot is that the Dark Side kidnaps his family to convince him to help them with a heist of the banks he works for. despite the subtle hint that not playing ball with the criminal element would result in harm to the family, Ford 3 or 4 times tries to subvert the evildoers. head evildoer is a crisp English guy who progresses to raging maniac by the end. the tensions are as expected. I went along well enough. nicely creepy scene in which the cool bad guy gives peanut laden cookie to the peanut-allergic son, while avidly watching the Flintstiones. don't worry, the boy's all right. so's the dog, which I thought would be sacrificed to the purpose of utter tragedy. like the movie The Firm, the greatest excitement occurs at the computer: can't you type any faster??? the end gets pretty fuzzy. Ford climbs some rooftops, runs (which he doesn't do well, always ran hunched forward, now particularly so (now Daniel Day-Lewis in Last of the Mohicans: he could run), rehires his secretary. there's a point where he's trying to find his family. luckily deus ex machina comes along and reminds him that the dog (with the family) has fortuitously a gps in its collar. so Ford manages to find his family, blow up his car, get the shit beat out of him, and drive a pickaxe into the back of the last baddest guy. which elicted howls of laughter from a righteous crowd. except from the whimpering young child in the audience, who suffered seeing mommies and kids getting beat on. final shot is of nuclear family striding away from the wreckage, beaten but unbeaten. as Erin's friend said, just to remind you that this is a Hollywood picture. it warn't bad, albeit perfunctory.
Posted by Simple Theories at 7:42 AM No comments:

Jonathan Lethem's essay collection made me want to read a novel by him, and by Philip K Dick as well, so I found one by each at the library. and I'm reading both now, as well as something by Rollo May on myths. Lethem's book is Fortress of Solitude, and it already shows some of the qualities I don't like in novels. for one, the title evokes something splendid to me, I don't mean as Superman's sanctuary. that image of Superman maundering around in his super igloo is strained to say the least. oh dear oh. the title just sounds phantastic to me, so that the obvious autobiography nature of the story seems a let down. his essays set the scene a little too well for the novel: growing up in Brooklyn, painter father, love of Jack Kirby, etc. the concerns of the essays are transplanted into the novel disappointingly. it feels too enclosed. I've read only a third of the book so maybe it will come around. as to PKD, it's an odd book. it concerns the drug culture and efforts to quash it. it's set in a contemporary world tho with some scifi scienceyness. it's rather gritty and compelling. the diappointment I'm already feeling with Lethem's book is that the obsessions he writes of in his essays are transmuted into something less interesting and more workmanlike. but, still reading. Dick aint adding that exta layer of thinking on, he's just riding the urge to write like a nut. it's a blizzardy day, so it'll be a groove just to zone out with the reading. I feel I may be turning toward different reading for a while, more fiction. get some new light.
Posted by Simple Theories at 7:15 AM No comments: