I think Stan Apps has come up with a new genre: the this poem was written genre of poetry intro. the amazing way The Muse came particularly to you bearing this wonderful gift.
Posted by Simple Theories at 6:52 AM No comments:

further with Mayhew's statement. I grok that balance between genius and fraud, tho I wouldn't put it in those terms. one feels like a genius because one has a purpose, and that purpose feels original. one feels like a fraud because one can't match one's ideals, meaning both those artists who came before and that vision in the head. taking too much and not enough credit simultaneously. Mayhew's terms sound so Charlton Heston. children create all the time without these boundaries. as wise adults, we think too much. genius occurs when we free ourselves from those wise boundaries, fraudulence sets in when we formalize that freeing.
Posted by Simple Theories at 6:29 AM No comments:

this just sounds stuck. I mean Vic Wertz hits a long fly ball and Willie Mays is running back thinking I'm the greatest damn centerfielder AND I'm a fraud: should I bother reaching over my shoulder?. I feel like I've made mistakes but I don't feel like a fraud. and I think I've done good work, but I still put my pants on one arm at a time. my theory is that art aint made out of such worrying, unless Harold Bloom is now making art.
Posted by Simple Theories at 7:08 PM No comments:

Erin and I went for a short bike ride yestreen. passed a girl's softball game and had to watch a bit of that. an organized league game, ages, I'd guess, 8-12. there's an assumption that MLB is the only real baseball, but I've happened upon high school games, Little League, even those semi-organized sunday morning games that occur. the pitcher we saw was young, not overwhelming but steady. she didn't do any of those wild softball deliveries, which is probably just as well for young arms. a couple of batters didn't look too hot then this small girl came up. I thought she had a nice stance, good crouch and weight on her back foot. just as I thought that she smacked a solid single thru the shortstop gap. after her came the biggest girl out there. the coach yelled his team to back up but the outfielders (there were 4!) already knew what to do. this girl just had to play 1st base and bat 4th. she waved her bat like a club, shades of Leon Daddy Wags Wagner. she clobbered the 1st pitch, sending it over the outfielder's head. she motored around the bases but possibly could've been caught if the outfielder hustled to retrieve and the relays were on target. a few more hits and walks and then the game stopped, I imagine because the winning team had created too large a margin. we rode on for a while. saw some white tails crossing the forest path ahead of us. deer in the distance always look like dogs to me. didn't have a camera, alas, the deer didn't mosey far off. it was a beautiful clear evening, tho a bit cool. love this time of year.
Posted by Simple Theories at 11:00 AM No comments:

reading My Life as a Lover, by Brandon Brown (the other Brandon?). it is available in pdf format from Detumescence here. the press offers other e-books, and stuff, so go raid, as I will further do. MLaaL has a narrative thrust with embedded poems. as such does indeed resemble Dante's Vita Nuova. BB tries to explain his life as a lover, a matter of intense focus. the poems are all sonnets, which arise from certain situations that he describes. a dry humour pervades: "I began to love my love, and I promise I yielded to love's commands. Shortly thereafter, a warrant for my arrest was issued." this love that he speaks of need not be seen as love. he does not situate any person in this love except for himself. his sonnets are mostly real sonnets, formally made. his syntax is cracked, which plays well against his earnest prose. this is the 1st sonnet:

awed din enemy, not vested, called “we”
came so low, cored me, tentatively man
a quantity feels a shadow, the plan
purloined delicacy copiously.
belly flu more aching drove under knee
my car resting, caved in a loaned annul
keys a doublooned archer press the panel,
a consciousness of solely bitter tree.
he trusted boys’ and girls’ toys suspiring
he cried me Satan’s necklace, saved or tied,
keyed my party speaking to fucked-window.
alarmed apartment desecrated morning,
it comes, pain of the day, kills his becried
case of ugly consumes the tree then sows

the sonnets are all divided, he says, into 2, 3 or 4 parts. you can sometimes see what he means but not always. section XVIII has this sonnet, which he wrote "After returning from vacation":

this is his explanation: "This sonnet has three parts. In the first part I tell how I encountered Love and how it looked. In the second I relate what I was told. In the third I tell how it vanished. The second part begins: Yet as we met, the third: And then so much."

oop, jokes on me. Williams did this sort of thing as well. I keep reading Brown's love as something, anything, else. or in addition to. he writes in the prose sections with a focused earnestness that recalls Stein. the narrative, you could even say the story, has a 19th century feeling of import, a boding of large scale issues. I'm thinking particularly of Poe, where something of magnitude hovers over all, something barely imaginable (is anything in "The Narrative of Arthur Gordon Pym" imaginable?). a subtle political context comes thru. the prose sections give a most detached plea for love. what the hell is this love and why isn't it attached to anything? can't that be read as ruthlessly politcally? descriptive, that is, of the particular plight assailing the current national scheme? in these prose sections, you could replace love with writing poems, playing hockey, eating sandwiches, invading Iran. such imperative to something that's so poorly defined. this is a rascally, fascinating book. its assertions divert from sense, overawed by a stupid utopian medication. thinking of, say, Bush, or the author of Manliness, who share a like deference to ornate, unmeasured stupidness. Brown's really poking at something important, as unlikely as it might at first seem. I'm not, just to be clear, reading Brown's book as opinion but as poetry. it's not a matter of what he says, but what the language is doing. I can make that distinction.
Posted by Simple Theories at 8:46 AM No comments:

a quick trip to Pearl Art Supply yesterday. 3 floors of lots of stuff. I needed tack sheets for something I'm doing. a place like Pearl might outbid bookstores for my attention when moolah is unmitigated but this time I was being very budgetary, sensible, boring. perhaps you know the picture William Blake drew of me saying 'I want'. not his time, but man, I could spread some wealth around there, were I to have it. to work at Pearl you apparently need proof of disaffection. I mean I'm like, hey, you know what I mean? I can't distinguish if this is viral arty coolness, or a viral coolness from some other precinct. I usually don't need to ask questions at stores, or don't bother, but this time I was working outside my knowledge base. it's not like anyone was rude, only that they suffered this whole job thing: it really cuts into your free time. people typically, normally, read me as standoffish, when in fact I'm a lovely gentle soul, so I'm not all antsy with judgment here. but look, arty coolness is for the birds, I don't care if it's your personal revolution. leastwise if we're talking cool at 20, insurance sales at 30. I outcooled that reading a Reader's Digest version of a Michener novel to my mother in the hospital as she lay dying. I'm not taking away from youth defining themselves away from the creaky generation: that I get. cool hip art, elitist shrugs, that's all crap. art can be rarefied, to me it touches the sacred, but snotty ass is dregs. I couldn't in my narrow survey tell amongst the Pearlites what was arty cool and what was hope I die before I get old. really not talking specifics here, just reckoning some distinctions as best I can.
Posted by Simple Theories at 2:04 AM No comments:

Kimball does Spahr and Clover AND Durand and Scappettone. Jack's critical acumen is always highly intelligent and highly personal: he gives you a serious view. bloggers are surprisingly lax about writing reading reports, so I welcome Jack's perspicacity in that arena. I manage to get to readings infrequently, which makes them events for me. which is why I am not going to the Joan Houlihan one 5 miles down the road tonight. I realize that readings are ephemera, but notes on what floated by are always happily received, at least at this address. Jack's reviews, such as these two, should be praised. which, gosh darn it, I've just done.
Posted by Simple Theories at 4:16 PM No comments:

Alan Sondheim has hisself a blog. the vastness of his work includes just about everything imaginable, and some things perhaps not even that. d'ja know he was in a band with Al Wilson (of Canned Heat, the guy with the Skip James voice)? he hung with Kathy Acker, he hung with Clark Coolidge. like him or not, he's the sine qua non of sine qua non, there's no way to argue otherwise. and given the breadth and variety of his work, if you can't find something in his work then you're just being a shit. as evidence, the weenies that periodically (that is to say regularly) griped about his presence on the Poetics list. a blog is kind of a populist step for him, but it does allow a narrative sense to come forth.
Posted by Simple Theories at 7:10 PM 1 comment: 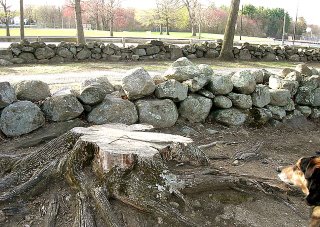 Posted by Simple Theories at 11:39 AM No comments: 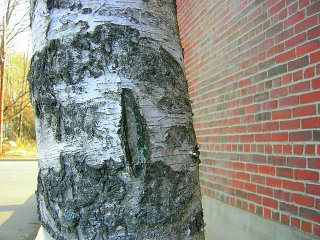 Posted by Simple Theories at 11:36 AM No comments: 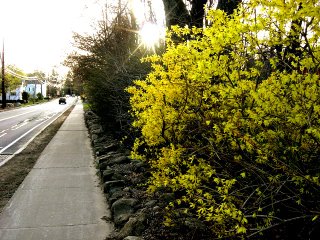 Posted by Simple Theories at 11:32 AM No comments: