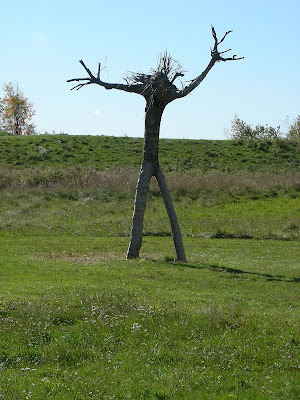 Posted by Simple Theories at 8:29 PM No comments: 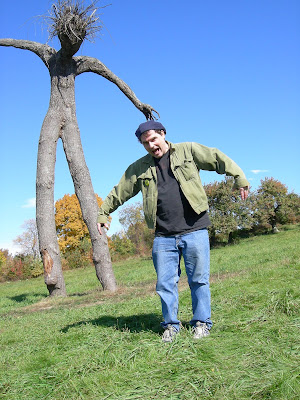 Posted by Simple Theories at 8:23 PM No comments: 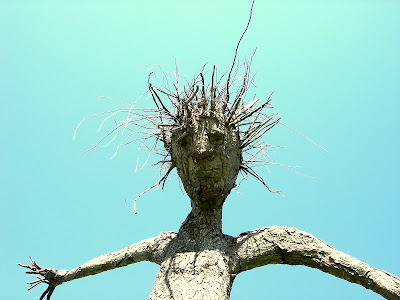 Posted by Simple Theories at 8:22 PM No comments:

I watched Iron Man last night. I'd seen favourable reviews, which I do not think it lived up to. Robert Downey did. the movie was definitely a turn for him. I used to read the comic but IM was well down the list of favourite characters. initially his suit looked more like a robot, was bulkier. then some space age metal was developed so that it looked like the usual lycra.

the movie begins with Tony Stark touring Afghanistan in an armoured car, checking out the playground for the weapons he sells. frankly, this was just about redux of the fun parts of Less Than Zero. Tony Stark, is just riffing charmingly. well, this is war time: the car gets attacked and Stark gets wounded. this brings on an awkward flashback, to set the table plotwise. the arms industry is in his blood. as is the Playboy lifestyle. the morning after his viciously unlikely one night stand with a reporter, Gymneth Paltrow arrives. I had forgotten that she was in the film and I had forgotten about Pepper Potts. I would not have cast her because she is cool and elegant, and Pepper is more like Della Street. but Paltrow plays it well. putting capable actors into these movies works every time. Jeff Bridges was stuck with Mr McNasty. I like him but there was nowhere to go with the role unless he went all Christopher Walken, which would have been nice. I mean let Walken do it, or Anjelina's father (I forget his name). so, wounded Stark is captured, and in fact kept alive by another prisoner who hooks Stark up to a car battery. not too unlikely, prisoners in a cave. the Afghani warlord wants Stark to build the nasty missile that Stark demo'd earlier. instead, they build a robot outfit. thus Iron Man. well, Stark gets out, and decides that the weapons industry is a poor place for his creative impulses.

back home, Stark demands a hamburger, but gets a McDonald's instead. at the news conference, he munches that and has the gathered press sit on the floor. which just rang so silly. Stark's insistence on leaving weapon making behind brings bad guy Bridges into the open. Stark develops his IM rig while Bridges sets up the dramatic finale. took a long time to get to the IM part. it's a franchise, I realize, but it is a long wait for the story to find its cheese. it is entertaining, because Downey is so comfortable playing above and below the role. R2D2 and C3PO appear in spirit with a robotic whatsis that does funny stuff and a poncy computer voice that advises Stark. the denouement is stupid, with Bridges in a Transformer-like robosuit. no effort involved here.

having the real world, Afghanistan, bump against this crap was a bad risk. what's stopping IM from selectively killing off all the bad elements there except his complicated relationship with Pepper. Samuel Jackson arrives after the credits to enlist IM against some heinous evil, you know, a guy in tights, chapter2. once that's cleared up, IM can save the Middle East.

now, is it a propos of me to write now a few words about the recent Apple press con? it is available from iTunes. I was curious what the buzzmaking machine does when it is doing. I do not own a Mac, nor have I used one much, but I am attracted. and I got an iPod without thought that other mp3 players exist. Steve Jobs is Mr Cool in black turtleneck. he's just selling the latest merchandise, you know. my god, what is so gorgeous about a track pad? Tony Stark creates a totally smoove robosuit, not just power but slick design. thus Apple. Apple renders as a slack superficiality with this ultimate design stuff. Jobs brought highranking Apple folks on stage, the core of his desmesne, haha. and the press is rapt. didn't they realize they were machined? well I do not have in me right now to paint it clearer, but I connect IM with Jobs up there selling the latest Apple confections. which I want, of course.
Posted by Simple Theories at 5:34 AM No comments:

this post by Jack Kimball is a poignant look at an effed up climate. I started to riff on this but maybe I should just mouse out. I am aware that I am so, so, so here, thus unreliable.
Posted by Simple Theories at 8:36 PM No comments:

this blog is 4 1/2 years old. that is not an even number so I should not be looking back. but I still feel charged to speak of what I have gotten from this blog. everyday, I am stopped by people who say, aren't you the author of Tributary? naturally I say that I am, because I am. I write this blog full of vested insight, and old school content, and original typos that only I can produce. I write it completely. ok, I have someone who helps me with the adverbs but that is only because I am so busy as an international blogger, and who cares about adverbs anyway? I write tributary for you, The Fans. some of my fans say, can't you do more hard hitting accounts of yard sales. others want more lighthearted ruminations on death. I try to please all but it is not easy. sometimes I do not even want to write this blog, tho millions depend on me to supply them with cunning turns of phrase, whimsical assertions of fact, powerhouse criticism and all the other goodness one can find here. sometimes I just want to hang out with the cast of Cheers discussing the virtues of mentholated cigarettes. rarely do I dodge my duty and give Ted Danson and the gang a call. instead, I bear down, and effort a new posting of scintillant perspective and wit. Dear Reader, I have to admit, it gives me great joy giving YOU great joy. as I sit at Starbucks or the local library, listening to the chortles of pleasure and gasps of enlightenment as people read my latest words of wisdom, I feel a sense of satisfaction. I know that in my little way, I have made the world a better place. so thank you, Dear Reader, for being there (and there, and there, and there...). I vow that over the next 4 1/2 years I will continue to provide you intelligent posts full of delight and links to Youtube. I want to continue to earn the ardour that you have given me since post one. so once again, I say Thanks!!!
Posted by Simple Theories at 8:17 PM 1 comment:

autumn always urges me to read English Romantics, I guess because the poems are so landscapey, and of a climate at least somewhat akin to New England. this has been a preternatural New England fall weekend, the colours seeming transcendent, with a similar emotional heft as when the spring flowers bloom. but one sees, alas, bumblebees doggedly gathering in the dahlias, still collecting pollen, but frail now, chilled and worn. I wonder a lot about Halloween and its appeal. the decorations arrive with the same early rush as Christmas now. people are going to pretty fancy lengths to decorate appropriately for the holiday, if I can call it that. Pottery Barn has a Halloween-inspired dinner table displayed, hi-gear accouterments like silver skulls at each place setting. apparently a market exists even for lavish dinner parties of a Halloweenish nature. I would not have thunk it. I guess I do not like Halloween because there is no thought behind it, no measure. a semi-ironic play with horror, and the opportunity to dress up, cosplay. but no acknowledgment of a Golden Bough dimension to the proceedings, just arch reference to scary. it seems like this time of harvest and fade deserves better attention, at least in the way that Thanksgiving or Christmas offer lip service to the underpinnings. bumblebees are dying with Puritan work ethic, and people are just sending unheeded consultations from the unconscious. well I guess I'm a poopypants, but there is such a poetic savour to this time, that the corny exultation of effect that is Halloween seems a poor substitute for the due confrontation. monsters... a remarkably chilling yard display that I saw years ago consisted of a life size human figure standing in the yard holding a rake or shovel. it just looked like an old man standing there, but somehow the inference was easy that his wife or a neighbourhood child was buried somewhere in the yard, or some other evil intention fulfilled. a damn sight more chilling than those gravestones for Frank N Stein. but what is the purpose or proposal of such a display? or how does that display fit anything we find necessary. I do not say it doesn't, I just ask how. poetry lives in a world of glum lack of horizon much of the time: centralized evocations of self-explanation, verbal pomade for some radiated trend, or other weak entries to the communal trough. Halloween grips us, it seems, but it has not made its vocabulary known. perhaps there's some reading to do.
Posted by Simple Theories at 8:57 PM 2 comments: